Burning Man’s 2016 art theme is inspired by the Italian Renaissance of the middle fifteenth and early sixteenth centuries, when an historic convergence of inspired artistry, technical innovation and enlightened patronage launched Europe out of medievalism and into modernity. Our story will focus on the republic of Florence, for it was here, in a city-state of about the same size and population as Black Rock City, that humanist ideals, a rediscovery of science, and funding from a newly moneyed class of entrepreneurs fueled a revolutionary cultural movement that redefined Western civilization. Five centuries later, we will attempt to recreate this potent social alchemy by combining Burning Man art, maker culture and creative philanthropy to make Black Rock City the epicenter of a new renaissance.

The BAAAHS sheep roared like a lion and the Glamcock showed in style as usual. Comfort & Joy brought a slightly new spin to their whole presentation and we loved it. 8-Bit Bunny  heated it up and the Gender Blenders served it cold. Mudskippers had table service and Camp Conception blew it up.

Someone new took over the 2016 BRC Gay Pride Parade/Event to get some new blood in the game AND keep our memory of Mario Cisneros alive (RIP, Originator of Pride BRC). Camp Proper left the meaning alive and here are their pics: 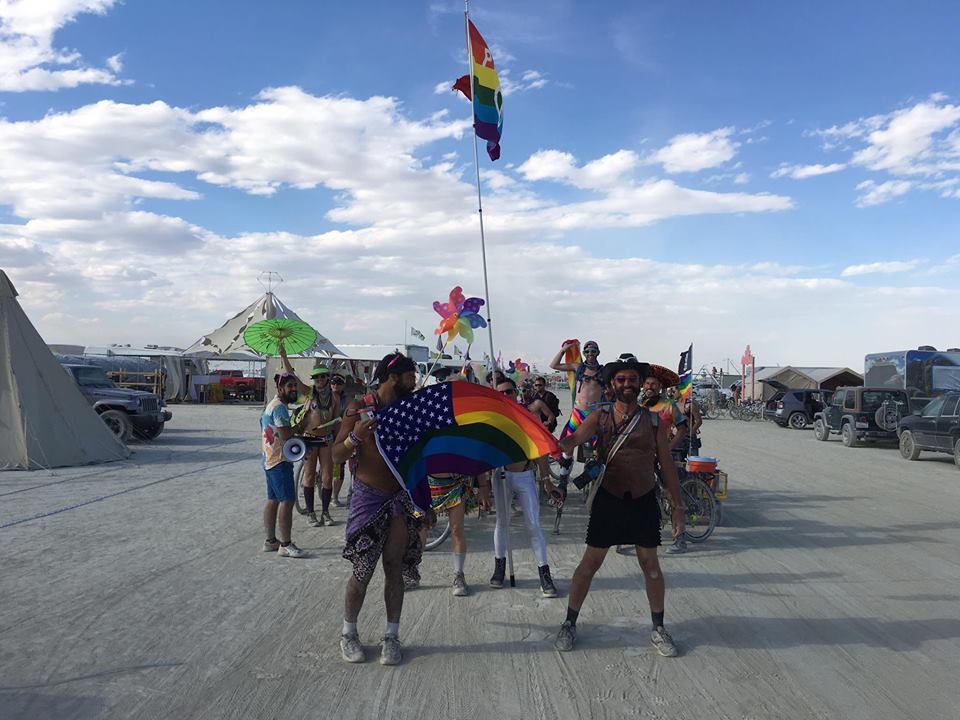 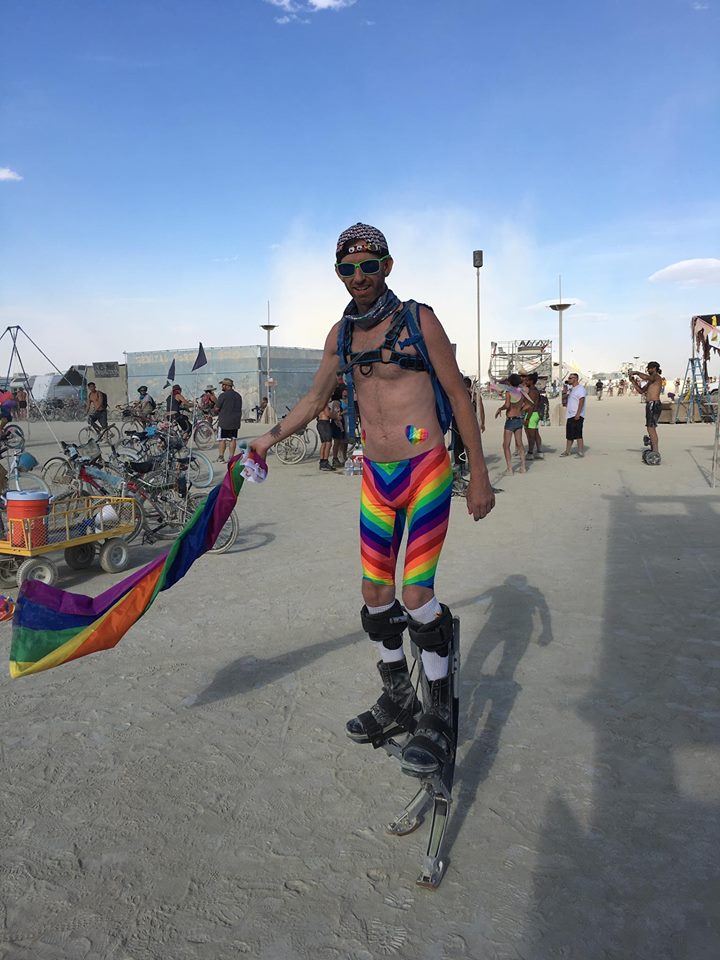 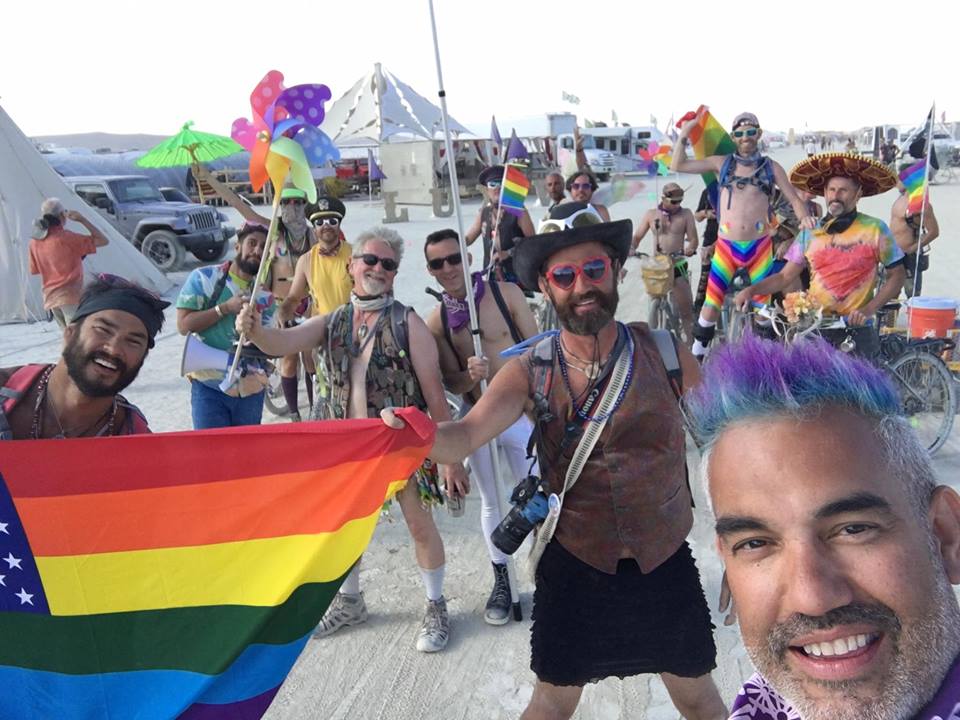 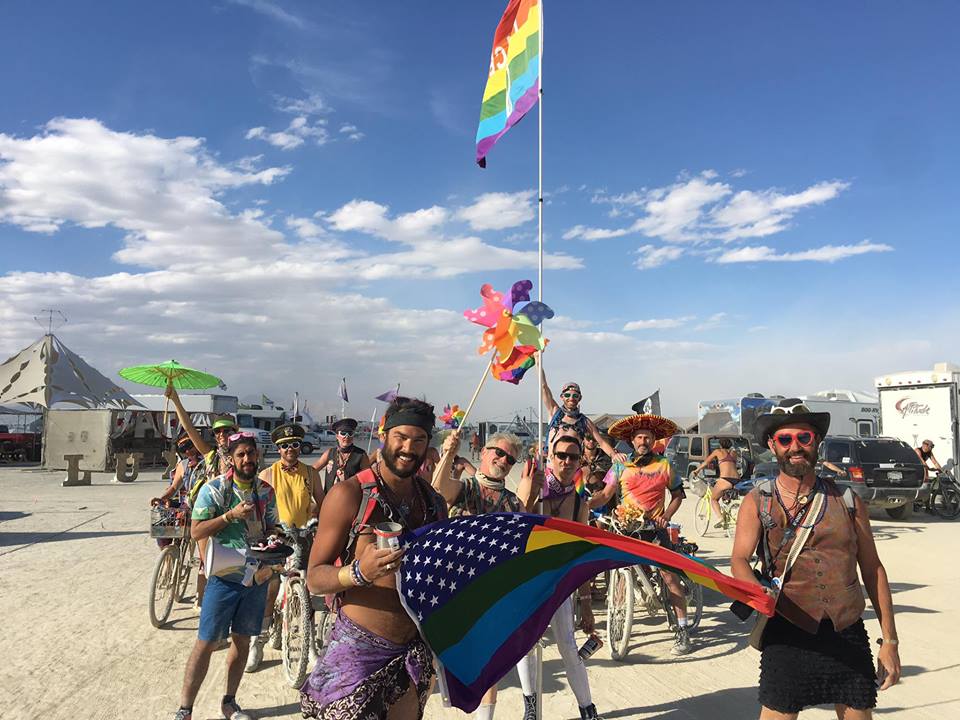 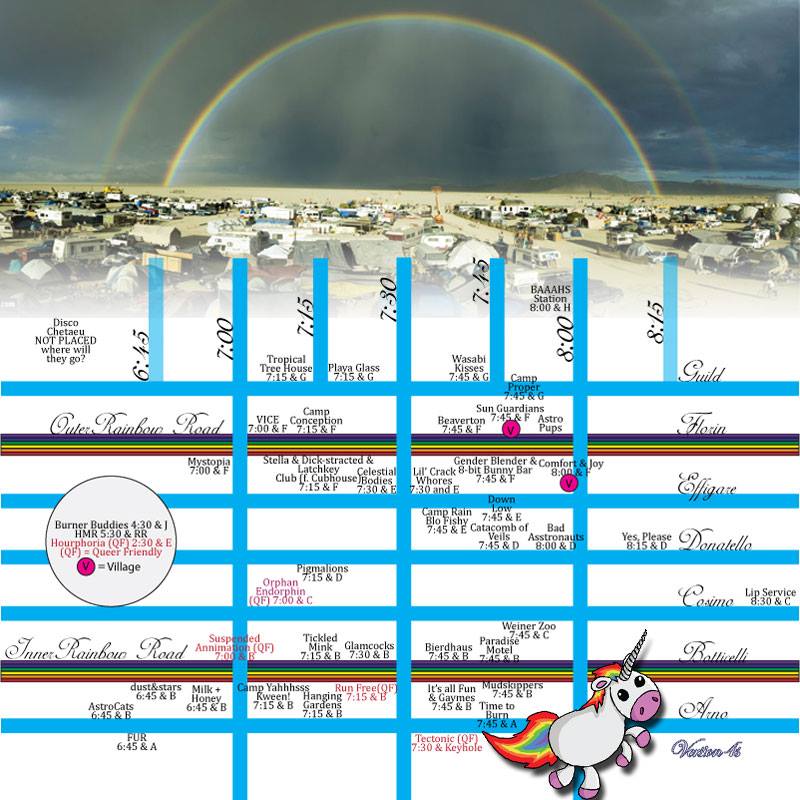 © 2023 Queer Burners, a 501(c)3 Organization. We are grateful to Duncan Rawlinson (CC BY-NC 3.0) and Wink Maltman for the header images, and many burners and friends throughout the years for their contributions to this site.